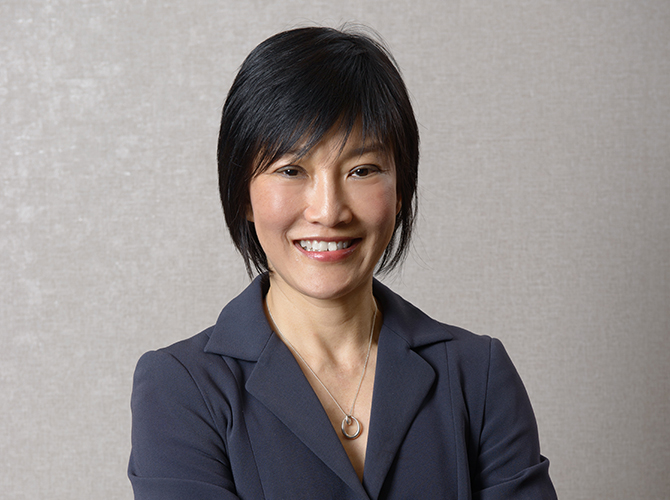 Dr Lynn Yeo has been practising ophthalmology for the last 3 decades. She spent her initial years at the National University Hospital, moved to the Singapore National Eye Centre, then practiced and trained in the United Kingdom before returning to SNEC. She has been in private practice for the last 22 years and is presently at Eagle Eye Centre after joining the group in 2013.

Dr Yeo graduated in Medicine at the National University of Singapore and trained in Ophthalmology in Singapore and the UK. She obtained her Master of Medicine (Ophthalmology) and the Fellowship of the Royal College of Surgeons (Edinburgh) in 1993, completing her Advanced Specialist training in 1996.
She is also a Fellow of the Academy of Medicine (Singapore) and a member of the American Society of Cataract and Refractive Surgery.

In the United Kingdom, she practiced and trained at the Birmingham & Midlands Eye Hospital, the Oxford Eye Hospital (part of the Oxford University Hospitals) before spending 2 years at Moorfields Eye Hospital in London where she had subspecialty training in VitreoRetinal surgery.

Dr Yeo then trained in Laser and Refractive Surgery in Singapore with Dr Low Cze Hong. This became her main area of interest in private practice.

She performed the first VISX Wavefront -guided LASIK in Singapore in 2004. In 2007, based on her experience and familiarity with the VISX Excimer Laser System and CustomVue™ wavefront-guided treatments, she was invited by AMO to join the CustomVue™ League, a worldwide group of refractive eye surgeons who are International Physician Trainers for VISX /AMO lasers.

When the Implantable Contact (Collamer) Lens was first available in Singapore in 2005, she was in the pioneer group of surgeons doing the procedure.

She has presented at International meetings and published several scientific papers in peer-reviewed journals, 13 as the first author.

Although trained in Western medicine, she believes the answers to our health concerns lie in a more holistic blend of conventional medicine with nutrition, eastern spiritual wisdom and naturopathic medicine. When she is not practicing medicine and performing eye surgeries, Dr Yeo can be found practising and teaching yoga with the COMO Shambhala group

She is passionate about health, fitness & well-being and is an avid student and teacher of alignment-based Anusara® yoga. She regularly leads Yoga Teacher Trainings, Workshops and Retreats around the world. She is E-RYT 500 Yoga Alliance certified and has taught at international yoga conferences and festivals.

In her school and university days, she was a enthusiastic tennis player and was a Singapore National player for several years before quitting the tennis scene in the latter part of medical school.